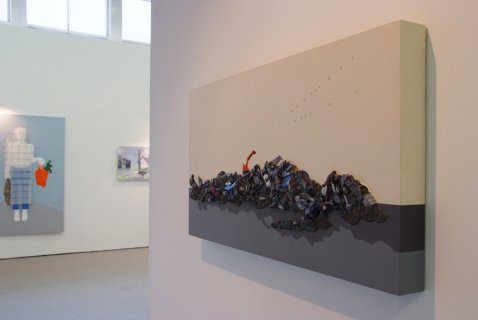 IES Abroad’s mission is simple: to provide you with the best study abroad program possible—which includes the highest quality academic and cultural experiences. That is why we partnered with the Slade School of Fine Art, University College London.

The Slade School of Fine Art, University College London
www.ucl.ac.uk/slade
Founded in 1871, Slade prides itself on its concern with contemporary art, its practice, as well as the theories and histories that inform it. Along with the approximately 260 students enrolled at Slade, you have access to some of the best art resources in the world, from the teaching staff, consisting of professional artists with regular national and international exhibitions, to the incredible range of opportunities to study first-hand works of art in local galleries and museums. Slade is small in size, ensuring an intimate, supportive, and challenging environment for artists.

Courses
The academic program at Slade is based on independent studio work rather than specific courses. You work one-on-one with tutors to design a course of study and evaluate progress. You are expected to generate and sustain your own program of work, and are assigned a personal tutor. Instruction combines tutorials, studio, and seminar programs, and demands that you be actively engaged in all forums. You are awarded 16 credits for the term.