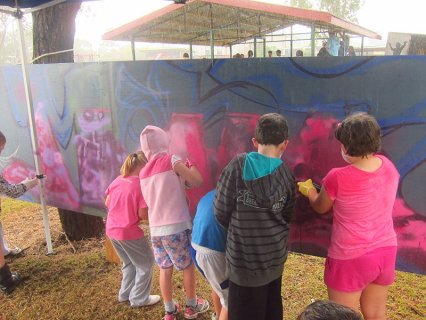 Do you ever have those weeks that melt into the next, where everyday just mirrors the previous day? If your Monday to Friday routine is set by default like clockwork – wake up, drive the same route to work, work, eat the same tuna and crackers, work, drive the same route home, cook, TV, bed – why not get a little crazy and shake your week up? Breaking the monotony could in fact make way for new interests, friends, or passions.

Whilst we carry on in whatever daily routine we adhere to, there’s loads of fun, free classes/events/workshops happening in Brisbane every day of the week.

Currently, Brisbane City Council is running Art Bites. It’s a series of free workshops designed for people just itching to discover their creative side. Coming up you can check out:

BCC are also running the LIVE program (April-June 2011) which focuses on great art and culture events. So why not be a devil and shake up your working week with something new and exciting? Check out the full program and start planning your week.

And for the plan-in-advance readers, some big events to pencil in your Filofax are: plus be sure to check out the World Refugee Day Community Festival.

So, when boredom or itchy feet kick in remember that Brisbane is very much alive and well culturally – just go out and explore it!