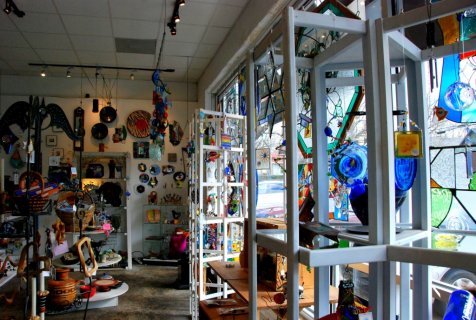 NASHVILLE, TN. – Cheekwood Botanical Garden & Museum of Art will host an exhibit this July featuring the work of famed sculptor and graphic artist Eduardo Paolozzi. Known widely as the “inventor of Pop Art, ” the show will include several of the artist’s innovative pieces on loan from a private collection.

Eduardo Paolozzi was the son of Italian parents, born in 1924 in Edinburgh, Scotland. He began his formal training in commercial art, later discovering sculpture. He went on to shadow the great surrealists in Paris in the 1940s, drawing inspiration from the work of Jean Dubuffet and Alberto Giacometti. His work began to reflect the surrealist influence, but also to incorporate recognizable elements of popular culture and the contemporary machinery of the time. Paolozzi earned his title, “The inventor of pop art” with his 1947 collage I was a Rich Man’s Plaything, featuring clippings from magazines given to him by American Soldiers in Paris. In 1952, he founded the “Independent Group, ” planting the seeds of the Pop Art movement to come.

“Paolozzi’s work is so significant, historically speaking, to global arts culture, ” said Brian Downey, Assistant Curator. “Cheekwood is thrilled to host a show by the ‘inventor of pop art, ’ and it’s no accident that we’re showing this rare exhibit concurrently with Andy Warhol’s Flowers. Drawing these kinds of cultural connections through our exhibits, programming, natural setting and events is at the core of our mission, and this is one of those times where everything aligns really beautifully for a great visitor experience.”

Paolozzi’s work broke new ground in the 1940s and 50s with his unique blend of surrealism, popular culture and machinery; through the 60s and 70s, he further explored machinery as art, then took on grand-scale public commissions later in his career in the 1980s and 90s. His best-known public art includes the colorful mosaic in London’s Tottenham Court Road Tube Station and a cast iron sculpture entitled “Piscator” in London’s Euston Square. Paolozzi died in London in 2005.

Cheekwood’s exhibition of Paolozzi’s work will open July 12, 2014 in the Courtyard Gallery of the Frist Learning Center and will remain on view until November 2, 2014. The previously mentioned Andy Warhol exhibition is currently open to the public and will close September 7, 2014.

About Cheekwood
Cheekwood is a 55-acre botanical garden and art museum located on the historic Cheek estate. Our mission is to preserve Cheekwood as an historical landmark where beauty and excellence in art and horticulture stimulate the mind and nurture the spirit.

Cheekwood presents world-class art exhibitions, showcases breathtaking gardens, and offers education programs and seasonal festivals to school children and families as well as to the citizens of Nashville and its visitors. Its attendance and membership have dramatically increased in recent years, and the institution has become an increasingly accessible and relevant place in the Nashville community. In 2013, Cheekwood welcomed over 300, 000 visitors, making us one of the city’s top cultural attractions, with approximately 12, 000 member households.