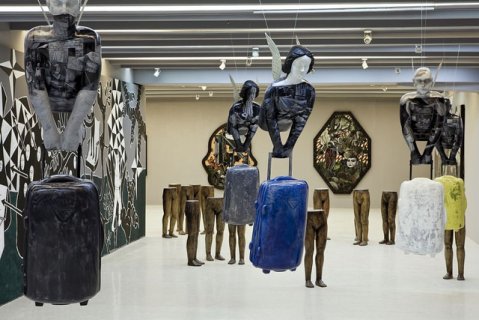 MANILA, Philippines - Starting April 1, Manila’s premier dance school Steps Dance Studio begins its prestigious summer dance workshop, which is open to all beginning and advanced dance students. This year’s workshop, which runs every day until May 24, is expected to be especially exciting and memorable as it culminates in Steps’ 20th anniversary concert.

Every summer, dance students from all over the country enroll at the Steps Summer Dance Workshop. It is a period of high energy and intense creativity at the dance school with its lineup of classes on different dance genres. Regular courses and master classes are offered during this period, from classical ballet using the Royal Academy of Dance Syllabus, modern dance, jazz, street dance, and tap dancing, to special classes on partnering, music for ballet, pointe work, technique and improvisation, among others. Pilates is also offered to help enhance the technical level of the dances.

During the workshop, Steps also brings in guest choreographers from the local and international dance scene, including some of its most successful alumni, to teach and inspire the students. This year, it features French and American choreographers Guillaume Morgan and Nicola Ayoub, respectively, and award-winning Steps alumni such as Marcelino Libao from Hamburg Ballet, among others.

Because of this comprehensive and creative summer curriculum, Steps Dance Studio founder and managing director Sofia Zobel-Elizalde says that, “Students usually can expect to see an improvement in their skill and proficiency after taking our intensive summer workshops, which are conducted in a fun, productive environment. It is our first summer here at our new dance school, Steps Dance Center, which is a first-rate facility that has been designed to inspire students and artists to dance and create.”

Adding to this is the prestige of participating in Steps’ first-ever back-to-back anniversary concert, which will feature the restaging of successful and memorable performances over Steps’ two decades of existence. This includes the choreography by the late Tony Fabella, one of the Philippines foremost classical ballet choreographer, and award-winning performances by Steps students in local and international competitions. The concerts will be held on May 30 and June 1, 6 p.m., at the Tanghalang Nicanor Abelardo, Cultural Center of the Philippines, Roxas Boulevard, Pasay City.