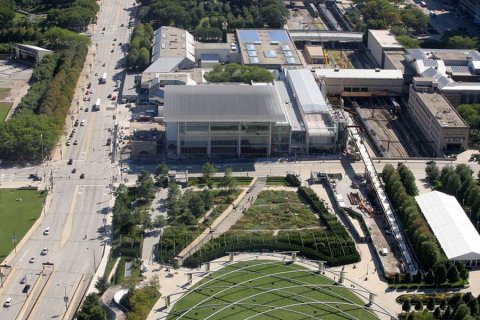 Saturday workshops combine gallery experiences with art making in the studio. These workshops are offered one Saturday each month, and topics change regularly based on artwork and exhibitions in the museum. Participants explore the galleries and then get the chance to create their own artworks in the studio using a wide variety of media and techniques, from traditional to digital.

Get inspired by the special exhibition What May Come: The Taller de Gráfica Popular and the Mexican Political Print and create your own prints in the studio, experimenting with formal elements to express your creative ideas.

Check out Edward Steichen's 1920's and 30's fashion photos and experiment with fashion styling, lighting, and a variety of backdrops to compose your own glamour and fashion photos.
Explore the textiles galleries and get inspired by patterns, colors, and textures around the museum to create your own woven fiber art using a loom in the studio.