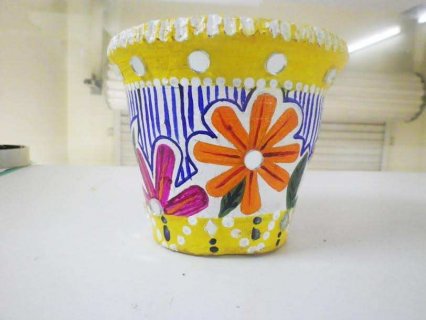 The Thread and the Knot: Language as Border and Barrier - Nancy Adajania

We descend from our air-conditioned bus. Squishing through muck, we enter a ship-breaking yard in Bombay's Reay Road area that has not and perhaps never will see the cautionary banners of Greenpeace. Blue, ochre and rust are the predominant colours. The air is heavy. Organs that once belonged to ships are scattered around. Anchors far vaster than a human being lie maimed. Statistics are given to us and mafia connections whispered about, as we stumble through this reclaimed land whose warehouses once stored coal and timber for the city's textile mills.

This is just one of the journeys we make en route to the Jindal Vijaynagar Steel Ltd. factory at Vasind, 70 km from Mumbai. We rest our tired feet at the Jindal guesthouse, the site of the KHOJ International Artists Workshop this year. The 22 local and international participating artists had already broken the ice during an occasionally overwhelming but very stimulating two-day journey through Mumbai's colonial and post-industrial landscapes.

As critic-in-residence, I encountered many moments of gratifying unease: discourses were cheerfully derailed because we spoke across languages; the personal impacted the theoretical; differences in cultural and art-historical time-lines made us readjust our understanding of medium, genre, the aesthetic and the political. Dodging slippages and misunderstandings, we celebrated quiet friendship and genuine affection, only to return to noisy argument! Unforeseen emotional dangers and cultural insecurities were written into our script.

There are many layers of alienation among people, cultures, nationalities, political backgrounds and languages. And I'm afraid that even the knowledge of a language does not necessarily translate as insight, empathy, or true reading. Legere and ligare, to read and to tie up, are closely related. The Sanskrit sutra (aphorism, literally thread) grows into a grantha (text, literally knot). So when sometimes people read loosely, they cannot tie anything together: they skip stitches, stumble over the loom and fall down, their heads draped in ill-gathered strands. And sometimes a conversational insight glows like dew woven from the morning air, light, transparent and alas short-lived, but nevertheless intensely alive. You could not have expected otherwise, of such a diverse group. In such a scenario, identitarian politics were thankfully not enacted through the cliche's of victimology. Rather, subject positions were inverted or even invented to problematise issues of race, gender, caste and class.

On the Open Day, Somapala Pothupitiya walked around in a faux-ancestral costume: a painted black face sporting a bejewelled headgear made from plastic scrubbers and rope. "The Dress Made to my Measurement" symbolised a narrative of betweenness, of complex self-denial and hard-won affirmation. Pala disclaimed his caste identity as a ritual dancer because it would have condemned him to lifelong subservience. As a Fine-Arts graduate, he negotiated his identity as a contemporary artist inhabiting a third space that neither negates the past nor deifies the Western canon.