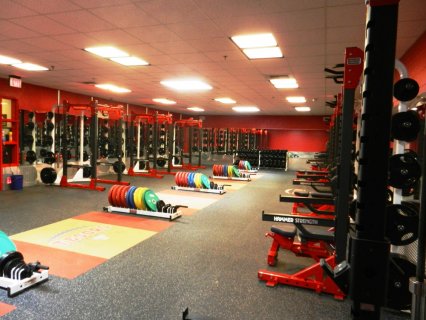 Orange County School of Martial Arts provides personal training services to improve fitness, the capacity for self defense and self-confidence. This is achieved through the practice of the traditional art of Tang Soo Do. In addition to physical fitness, Tang Soo Do classes promote discipline, honor, self-control, respect, courtesy, perseverance and fellowship. Orange County School of Martial Arts specializes in teaching ages 4 thru adult. When students join they will not only be improving their fitness and learning to defend themselves, they will be embarking on a path to improve many important aspects of their lives.

Orange County School of Martial Arts was established by Larry Gilliland and two long-time friends and training partners Michael and Matthew Torchia. All are students of David Sgro, founder of San Kil Tang Soo Do.

Orange County School of Martial Arts is committed to providing an atmosphere that promotes fellowship, discipline and personal growth. Our goal is to develop students' self-esteem so that they will have the confidence to successfully confront life's physical, mental and spiritual challenges.

Classes are taught in reasonably sized groups with careful attention given to individual goals and challenges. Every student's success is important to us and no one sits on the bench. Progression is allowed to occur naturally with each student gaining experience and confidence at his or her own pace. Advancement in rank is never held in higher regard than personal excellence.

Mr. Gilliland enrolled in martial arts at the age of 17 while a student at the University of Connecticut. He achieved black belt in 1991 (Moo Duk Kwan Dan #30776) concurrently graduating with a mechanical engineering degree. Since then he has progressed in his life and career achieving his Instructor Certification in 1993, professional engineering licence in 2000 and Sa Dan (fourth degree black belt) and Sa Bom (, Master Certification) in 2007. He is a certified Master Instructor of Tang Soo Do and also a first-degree black belt in Shiho Karano Ju-jitsu. Mr. Gilliland has placed in numerous competitions on local, state, national and international levels. He is a Connecticut State Champion, US National Champion and International Champion, winning events in 1990, 1991, 1992, 1994, 1999, 2006, 2007 and 2011.