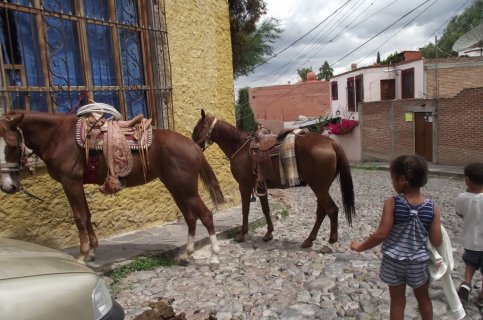 Available to individual high school students and college students (ages 15-21), this program gives you the opportunity to live with a Spanish host family on the Costa del Sol for 2-4 weeks during the months of July and August. You can stay longer if you choose.

With no program of planned activities, you will live the life of a typical Spanish teenager in the beach city of Almeria, approximately 200km east of Malaga in Southern Spain. You will enjoy a summer of Spanish culture, Spanish family life & Spanish language.

ECI also gives you the opportunity to customize your immersion program. If you want to take dance classes, tennis lessons, or keep up with swim practice during your immersion stay, we will do all we can to accommodate your requests. We are Better Business Bureau Accredited, with an A+ rating!

Check out my piece on The Art Gallery of Sudbury @ArtSudbury and its Summer Camps and Workshops tonight on @EastlinktvSud Magazine. Wed, 30 July 2014 02:30 PM

RT @977ackfm: Down for summer yoga? Elena Broer's Art of Attention workshops are this weekend at the @ackdreamland. Listen for @Nantucketyo… Wed, 30 July 2014 02:00 PM

RT @FriendsCreate: @YoungUnLtd @louthplaygoers We will! Our summer art coastal workshops are inspired by the work of @adebanjisketch Coasta… Wed, 30 July 2014 01:55 PM