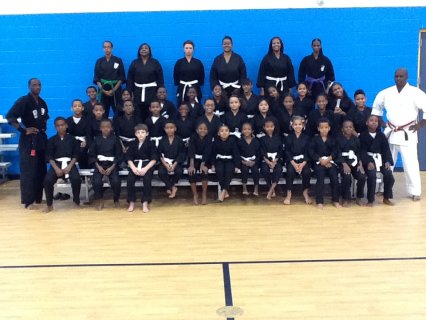 School of the Arts (SOTA) is a progressive alternative public middle school and high school in Rochester, NY. Administered by the Rochester City School District, SOTA is located on the corner of Prince Street and University Avenue, within walking distance of the Memorial Art Gallery, Eastman Theatre, Writers & Books, Visual Studies Workshop, and other cultural organizations. The School of the Arts was originally founded in 1980 as an experimental program at Wilson Jr. High School. In 1981, the school transferred to Monroe High School as was known as the School of the Arts at Monroe. Only grades 7-9 were represented that year. The school stayed at Monroe for many years, eventually becoming a full Jr-Sr. High School, while retaining the name "School of the Arts at Monroe." Until it moved into its current space (the old Eastman School of Music dormitories), when it became "The School of the Arts." School of the Arts has many different after-school arts programs, called Tenth Period. Tenth Period is a class that is offers the following classes: Dance, Jazz Band, Theater Technology, Photography, Visual Arts, and Creative Writing. However, Tenth Period was canceled during the 2008-2009 school year, much to the dismay of the students. Another reason for the cancellation of Tenth Period was due to a budget problem. Now Tenth Period is used for test prep, and students have to be accompanied with a teacher, if they are staying after-school.