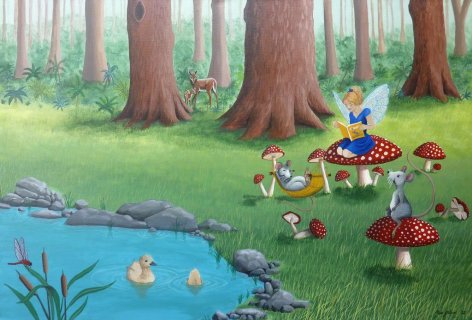 PICA is currently housed in a heritage building at 53 James Street, Northbridge. The building, which dates from 1896, was for 40 years the Perth Boys' and Girls' School (one of several schools known collectively as Perth Central School). The Perth Central School was developed principally between 1877 and 1914. It amalgamated the Infants' School, Perth Boys' School, Perth Girls' School, Manual Training School and Normal School on the one site between Roe and James Streets.

On 22 May 1895, the contract to construct Perth Boys' and Girls' Schools building in James Street was awarded to William Atkins for the sum of 10, 452 pounds. Soon after the contract was awarded, the plans were altered to include an extra eight classrooms, however only six of these were constructed at the time. On 18 January 1897, the new Perth Boys' and Girls' School building, which had been completed a few months earlier, was officially opened by the Minister for Education, Mr (later Sir) E. H. Wittenoom. The first headmaster was Mr W J Rooney. The Education Department Report for the year 1896, stated: The new Central Boys' and Girls' Schools, which had been in the course of erection on the reserve in James Street, Perth, for some nine or ten months, were completed at the end of the year. The buildings provide accommodation for 500 boys on the ground floor and 500 girls on the upper floor. The construction of the Boy’s School was the largest project undertaken for the Education Department in the 1890s. In April 1900, further additions to the Perth Boys' and Girls' Schools building were completed. The additions included two classrooms: one for the boys and one for the girls, each designed to house seventy-five children.

In September 1936, the new Perth Girls' School opened in East Perth and the entire building was used by the Boys' School. In 1947, the Perth Boys' School became the Perth Boys' High School. During the 1950s, residential development in the inner city decreased as land values increased and the growth of the suburbs displaced inner city living.

In 1958, the Perth Boys' High School closed and the Perth Technical College moved into the buildings. The building was known as the James Street Annexe. In the following years, a number of minor changes were made to the building, including electrical connections and installation of gas heating.