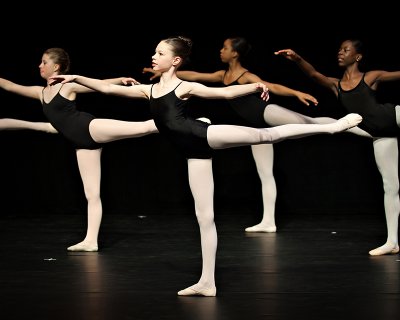 Presenting over sixty free shows annually on the Outer Banks of North Carolina, the, funded by the State of North Carolina, is produced, performed and directed by students, alumni, faculty and staff of the University of North Carolina School of the Arts (UNCSA). The family-friendly festival offers drama, music, dance and film performances for six consecutive weeks, late June to early August, at Roanoke Island Festival Park in Manteo, North Carolina. Since its inception in 1997, the summer festival has become an important cultural resource to residents and visitors of North Carolina and an enriching educational and training experience for emerging and professional artists of UNCSA. In 2007, the festival audience grew to a record attendance of over 11, 000.

Evening festival events are staged at the newly renovated Outdoor Pavilion on the banks of Shallowbag Bay while afternoon events are staged indoors at the Film Theater. Both venues are at Roanoke Island Festival Park just across the bridge from the seaside town of Manteo. As of 2005, the festival's rain policy changed. In inclement weather, all outdoor shows now move to the Film Theater replacing the previous cancellation policy.

For evening shows, patrons are encouraged to bring blankets and chairs as no permanent seats are available on the lawn. Many families and groups come early to enjoy a picnic at the park before the shows. All shows are free and appropriate for all ages. Casual attire is encouraged. Even pets and pajamas are welcome.

In recent years, the festival has expanded its calendar of events to include additional programs for families. In 2006, UNCSA's School of Drama produced its first family musical, You're a Good Man, Charlie Brown and a new Saturday Night at the Movies series. First produced in 2007, the Rock the Boat! series invites families to relax on the charming Manteo waterfront while UNCSA's conservatory-trained musicians perform aboard the Elizabeth II. In 2008, a newly created Classics for Kids series presents an hour of kid-focused music every Thursday afternoon and gives children an opportunity to interact with the musicians and their instruments. In addition, the films on Saturday nights move from the Film Theater to the big outdoor screen.

Feature presentations vary each summer. Shows are at 8 pm at the Outdoor Pavilion for four consecutive nights, Tuesday through Friday. Traditionally, each week of the season presents a different program presented by the Schools of Drama, Music, Dance or Film. In recent years the UNCSA School of Drama has expanded its presentations to include a Shakespeare comedy, a family musical and a cabaret performed in repertoire during three weeks of the festival. The School of Music presentations may include concerts by the UNCSA orchestra or by UNCSA ensembles for jazz, ragtime, percussion, woodwinds or brass. The School of Dance presents a program of classical and contemporary dance often featuring new and juried works by UNCSA alumni. The School of Filmmaking presents films on Saturday nights selected for a family audience. All shows are designed and produced by the faculty and students from UNCSA's School of Design and Production.